Seasickness, or more generally, motion sickness is a feeling of nausea, lethargy and general illness caused by a disparity between real motion and your body's natural expected motion. It is thought that the sickness occurs due to a sensory conflict, such as a lack of synchronicity between the visual and inner ear systems in regard to your body and the environment around you.

So how do you combat it?

Mylor Rigging have put together some of our favourite drug-free ways of helping to alleviate seasickness that won't break the bank, cause nasty side effects or require anything that isn't' easily available either at home or online.

1#. Use A Placebo: Placebos are often framed in a negative light as "not a cure" or "not real" and therefore, by extension, not effective either. However, anything that makes you feel better or has the effect of alleviating sickness symptoms should be taken seriously. So, if you notice that your motion sickness is improved by your pre-sail ritual of chamomile tea and pressure wristbands, then keep doing it and don't question it.

The only thing you need to bear in mind is that the placebo effect doesn't work for everything and it is not a health remedy, but could still yield powerful psychological benefits.

3#. Plan To Sail Only In Calmer Waters: Although you may be compromising your sailing enjoyment, planning your routes meticulously, avoiding choppier passages and staying in during periods of rough weather will simply reduce seasickness through avoidance of nausea-inducing motion.

4#. Sip Clear Carbonated Drinks: Looking for a quick short-term remedy? Try slow sips on a fizzy drink. Sugary, carbonated beverages can be even more effective than water because the fizziness can diminish overall stomach acidity which could help to reduce that queasy feeling. Also, look out for phosphoric acid on the labels of your favourite fizzy drinks as this is the same ingredient found in certain non-prescription anti-sickness drugs.

5#. Avoid Spicy, Greasy Or Acidic Foods And Alcohol: All of these foods can aggravate the stomach and citrusy fruits can also affect acidity levels. Alcohol should also be completely avoided for more obvious reasons. The best foods to eat before you sail are plain carbs such as rice, porridge and crackers, herbs and spices such as chamomile, liquorice, mint and even green bananas to aid digestion.

6#. Get A Good Night's Sleep Before You Sail: Getting between 8 and 9 hours of sleep before you sleep can be a great preventative against motion sickness. Grogginess, disorientation and lack of mental sharpness caused by sleep deprivation can bring about nausea symptoms more quickly.

7#. Look at the horizon, Or Imagine One: Motion sickness can actually feel worse if you can't see into the distance or perceive a horizon. If possible, try to position yourself somewhere above deck on your boat where your eyes, body and inner ears all experience the same perspective of motion and keep the horizon in your line of sight for as much of the journey as possible. If you can't see a horizon - whether you're below deck or for what every reason - try to create one in your mind and imagine the horizon's line. It's a psychological trick, but it could prove to be advantageous for you.

Avoid reading, looking down at your phone or facing backwards when you're on your boat and try not to go below deck when you feel unwell - you'll only feel worse when you're unable to perceive the feeling of motion that's making you sick. 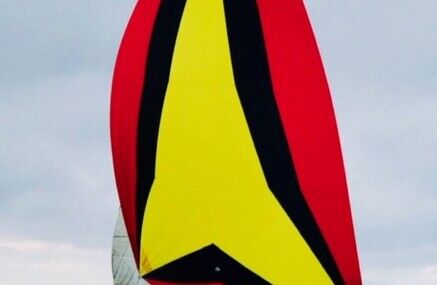